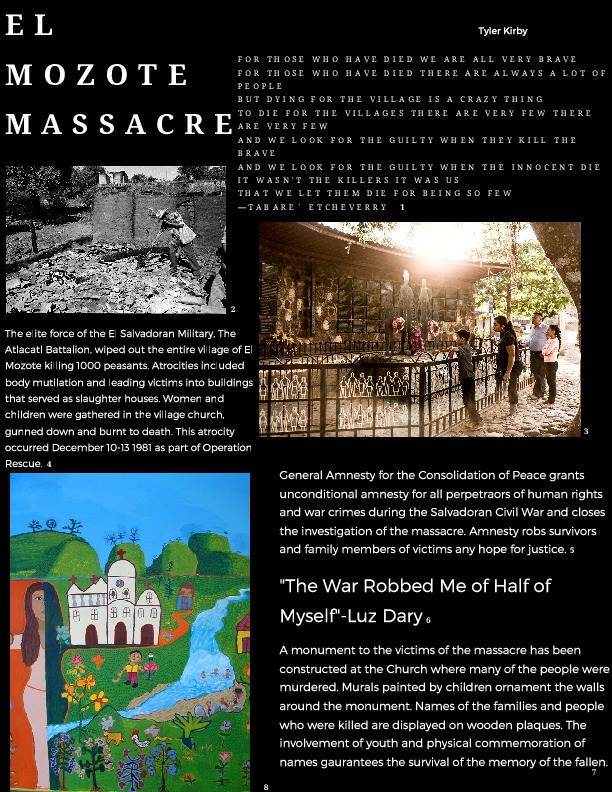 This project covers the El Mozote Massacre in the form of a magazine article. The El Mozote Massacre took place on December 10-13 in 1981 during the Salvadoran Civil war. The attack was performed by the Salvadoran’s elite troops, the Atlacatl Battallion. The murder of 1,000 villagers in the town of El Mozote is commemorated by a monument in the village church, where women and children were burned alive. This monument preserves the remembrance of the people who were massacred. The El Salvadoran Government granted amnesty to all perpetrators of human rights during the Civil War with the General Amnesty for the Consolidation of Peace in 1993. The El Salvadoran Government ordered a massacre of civilians and pardoned themselves of any wrongdoing, while the people of El Mozote commemorate and heal without justice.